He will start his new role at the beginning of June. 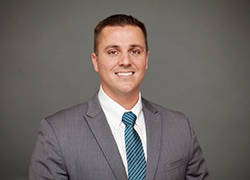 The City of Pflugerville is pleased to announce Mr. James Hartshorn as an Assistant City Manager after City Council approved the appointment at the May 28 City Council meeting. Hartshorn has served in local government leadership since 2014 in the City of Texas City where he served as Deputy Director of Management Services, overseeing the Economic Development Corporation, City Secretary’s Office, Communications Department and Municipal Court. Previously, he worked for the State Comptroller of Public Accounts where he contributed to various statewide publications as a researcher, data analyst, writer and editor.

Hartshorn holds a Bachelor’s in Sociology from Brigham Young University – Idaho and a Master’s of Public Administration from Texas A&M University.

As an Assistant City Manager he will oversee the operations of Communications, Municipal Court, Information Technology, Human Resources and Parks and Recreation. Hartshorn will start in his new role at the beginning of June 2019.