The City of Pflugerville booming. Look at some of the recent news coverage on Pflugerville's exciting business climate:

On Thursday, October 17, the City of Pflugerville and Travis County will celebrate the completion of construction on Weiss Lane with a ribbon cutting ceremony at 9 a.m. at the northwest corner of E. Pflugerville Parkway and Weiss Lane. 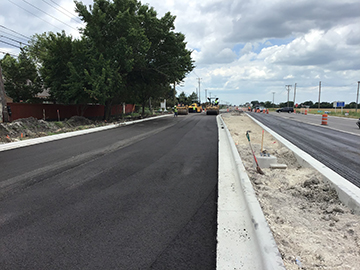 “The reconstruction of the three mile stretch of Weiss Lane from Pecan Street to Cele Road is the result of a collaboration between the City of Pflugerville and Travis County to pave the way for Pflugerville’s future,” Mayor Victor Gonzales said. “With more than 9000 people driving on Weiss Lane every day, this expansion was an investment in safety and relieves roadway congestion.”

Weiss Lane was widened from two lanes to four lanes with curb and gutter and drainage improvements from Wilbarger Creek to Cele Road. The southernmost portion of the road from Wilbarger Creek to East Pecan Street is a two-lane roadway with new shoulders. A traffic signal was installed at the corner of Weiss and Pecan and at East Pflugerville Parkway and Weiss to help with traffic flow.

In addition to widening the roadway, safety improvements include the replacement of all bridges from Pecan Street to Cele Road, and addition of new turn lanes and shoulders. The project began with reconstruction of the one-lane bridge near Pecan at Wilbarger Creek into a two-lane bridge. 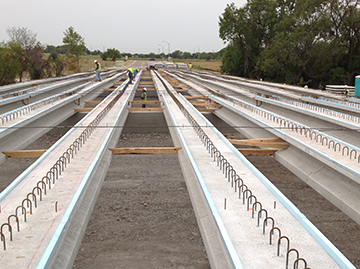 Funding for this project came from bond projects beginning in 2014 when Weiss Lane was approved by the voters for a reconstruction to the existing two-lane section and incorporated shoulders and turn lanes at major intersections. In 2015, Pflugerville City Council put Weiss Lane back on the ballot for residents to decide if they wanted a four-lane or a two-lane Weiss Lane. Voters approved making the City’s portion into a four-lane urban roadway. This project is a cost-sharing safety project with Travis County.