City Council positions are non-paid positions serving the citizens of Pflugerville as a dedicated volunteer force. City council members are available by the email addresses or by leaving a message at City Hall. Written communication may be mailed or faxed to the addresses below:

Mayor Gonzales' leadership is profiled through his tireless public service and in commitment with a vision to ensure gains for the community of Pflugerville. His long list of accomplishments are now implemented through visible economic growth, community projects, and academic initiatives.

As the Mayor of the 3rd fastest growing city in the Region, Mayor Gonzales desires to continue progress, competitiveness and expanded opportunity in the market sector of Central Texas.

The Mayor’s personal and professional experience are attributes of his natural and shared excellence in leadership roles. As a mentor and an advocate, he enthusiastically serves his community with success to establish programs aimed to promote human capital, education and community economic growth.

Mayor Gonzales' humble beginnings propelled his interests to lead with a focus, seek a balance and to keep pace with Central Texas regional growth. His vision remains with clarity to ensure Pflugerville citizens needs are met, allowed necessary public amenities and pursue a well- planned infrastructure for its future generations.

Mayor Gonzales is one of longest elected members serving on city council. He strongly continues to advocate for enhanced quality of life in conjunction to seek alternative and innovative initiatives to boost revenues for the City of Pflugerville. In his second term in office he aspires to focus on regional connection’s that will attract corporate partners to enhance the quality of life as well as balancing the taxing challenges that our citizens face.

Mayor Gonzales  focuses on community support and participation to keep Pflugerville safe, financially sound and moving forward in the core of Central Texas.


Doug Weiss was born and raised in the North Dallas suburb of Plano.  He graduated from Plano Senior High School in 1997, where he was an active member of the choir, the sound and lighting technician for the small jazz ensemble, and a strong competitor for the Business Professionals of America. Doug went on to earn his Bachelor of Science degree in Business Administration from the University of Texas at Dallas.

Following his freshman year of college, Doug accepted a job with a small software company, Group 1 Software. Doug continued to work his way through college, and graduated a semester early. After college, Doug accepted a full-time position with Group 1 Software, and stayed with the company through its acquisition by Pitney Bowes.  During his 17-year tenure, he held positions that included Principal Consultant, Product Specialist, and Service Relationship Manager. He was given responsibility of four of Pitney Bowes’ top 10 clients, and maintained satisfactory reports for all of them. In 2015, Doug was recruited to join the new Business Solutions initiative at Shutterfly, where he currently manages a team responsible for delivering highly-complex solutions for large clients that drive significant revenue and production volume for the organization.

At the age of 23, Doug moved to Frisco, where he was elected president of his homeowners association a year later.  He held the line on the budget through cost savings, while he provided additional funding for neighborhood events that promoted a sense of community.

In 2008, Doug and his family moved to Pflugerville. While his wife Jessica began working on her doctorate at the University of Texas, Doug immediately sought out ways to be involved in the community.  He joined the Pflugerville Council of Neighborhood Associations and was elected as a voting representative in the Falcon Pointe HOA. Mayor Jeff Coleman appointed him to the Pflugerville Image Committee, where he served on a team that was tasked with evaluating options to promote Pflugerville throughout the metropolitan area and nationwide.

In his spare time, Doug enjoys traveling with his family, working on cars, and finding new ways to make a positive impact in his community.

Jeff Marsh is a Pflugerville native. After graduating from Pflugerville High School, he earned a B.A. in Political Science and the Certificate in Leadership from Texas A&M University. He was a Regimental Chaplain in the Aggie Corps of Cadets and served on the Board of Directors for the Student Conference on National Affairs.

Marsh lives in Old Town with his wife Kelly and their two dogs. He served on Pflugerville's 2015 Citizens' Bond Advisory Committee, is a member of Immanuel Lutheran Church and the Pflugerville Lions Club. He enjoys the outdoors, hunting and everything Aggie.

Marsh's priorities on City Council are the public's safety and health, and community-appropriate business development. 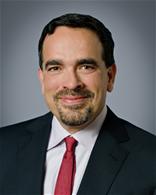 Born and raised in the Rio Grande Valley, Council Member Peña graduated from Harlingen High School and went on to earn a BBA in Economics from Sam Houston State in Huntsville, TX and an MBA from Texas A&M University in College Station, TX.

Since 2006, Omar and his wife Angela have happily made their home in the Old Town section of Pflugerville. In 2010, they welcomed the arrival of their son Sebastian. Mr. Peña has a wide variety of business experience with Fortune 100 transportation and technology companies in various disciplines ranging from corporate finance, project management, operations, marketing, and sales. A longtime employee of IBM, he currently leads a sales team focused in Healthcare and Life Sciences. 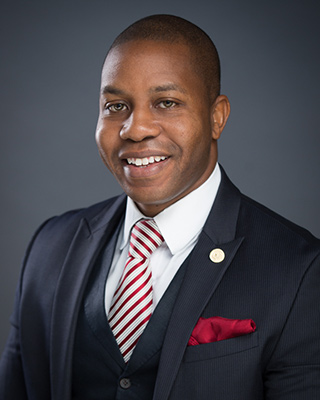 The son of Haitian immigrants, Rudy is of the first generation in his family to complete higher education, graduating from not only the University of Texas College of Liberal Arts with a B.A., but also a Master in Public Affairs from the LBJ School of Public Affairs, and a Doctor of Jurisprudence from the University of Texas School of Law. He has been a tireless advocate in the community speaking and working on a host of issues ranging from teaching at-risk children, co-authoring an honor code for the University of Texas, helping forge a partnership with local law enforcement and the State Bar of Texas to address the issue of community policing, and creating Pro Bono legal advice clinics for United States Military Veterans.

Before joining Chamberlain McHaney, a premiere civil litigation law firm in Central Texas, Rudy served as Special Counsel to the Health and Human Services Commission. He has also served on several local, state, and national boards and committees including the Board of Directors of the State Bar of Texas, Lone Star Circle of Care, Texans Soccer Club, Leadership Austin, Texas Young Lawyers Association, Austin Black Lawyers Association, and Young Catholic Professionals. Rudy has been recognized numerous times as one of the most influential young professionals in not only the Greater Austin area, but the State of Texas. His accolades include being awarded the Pflugerville ISD Community Partner of the Year, Texas Young Lawyers Association President’s Award of Merit, Greater Austin Black Chamber of Commerce Advocate of the Year, Austin Under 40 Government & Public Affairs Award Winner, and the Austin Area Research Organization McBee Fellowship.

Rudy believes that true collaboration amongst stakeholders is key to keeping Pflugerville the fiscally responsible, economically strong, inclusive, and high quality of life place it is today.

Mike Heath is a native Texan and has been married to his wife, Gayle for more than 30 years. They moved to Pflugerville in 1994 where they have raised their children, Michael and Rachel. He beams when his granddaughter proudly says, “I’m from Pflugerville, Texas!”

Over the years, Mike has served on the two of the City’s Bond Committees. After serving on the Pflugerville Bond Committee the second time, Mike thought he could help the City focus city services by developing and following a long-term strategic plan. A strategic plan will serve as our community's roadmap to prioritize initiatives, resources, goals, and city operations, and projects.

Mike wants to help create performance measures and implement policies, procedures, and budgets necessary to realize Pflugerville’s potential. This will lead to sustainable revenue sources for the City to enhance community amenities and help make Pflugerville an even better place to live. A well thought out plan can reduce taxes by growing our economy, increase local business opportunities, maintain and build infrastructure and optimize city services.

Mike is President of Alliance Transportation Group, Inc. (Alliance). Mike co-founded Alliance more than 18 years ago. He is a transportation planning and analysis professional with more than 25 years of experience. Mike began his career with McCarthy Brothers Construction followed by the Texas A&M Transportation Institute, and a national consulting firm. He has a proven track record developing transportation solutions for cities, states, counties and federal agencies.

Mike is a member of American Council of Engineering Companies, American Planning Association, Real Estate Council of Austin, and Texas Institute of Transportation Engineers, where he is a past President, Vice President, and Secretary/Treasurer. Mike is a member of Women's Transportation Seminar, where the company has been nominated twice as one of the best employers in Austin and actively promotes women in the engineering and science fields. Alliance is ranked in the top 50 Engineering firms in Austin by the Austin Business Journal.

Mike received both a Bachelor’s of Science in Civil Engineering and a Master’s in Business Administration with an emphasis in Finance from Texas A&M University. Over the years, Mike has coached little league baseball, youth basketball and youth soccer teams (with a lot of help from his friends). He also served as treasurer of the Pflugerville Youth Football League. 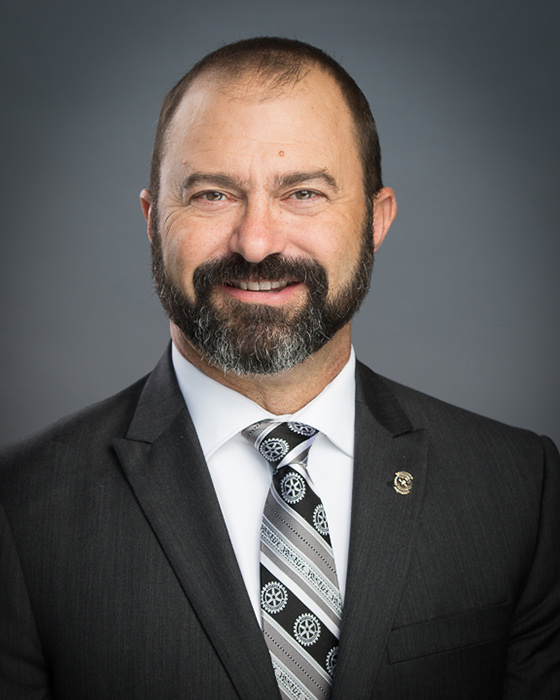 Jim McDonald arrives on the Pflugerville City Council with a proven track record of service, commitment, and leadership. Since arriving to Pflugerville in 1997, Jim has devoted countless hours to community service, gaining the knowledge and expertise that eventually earned him positions on multiple City Boards and Commissions. Jim’s goal is to provide leadership that guides our community toward the pfuture, creating a Pflugerville where:

This vision for Pflugerville and its future leadership begins at home as Jim, his wife, Chelsea, and their three amazing children are staples at multiple Pflugerville service and governmental endeavors.