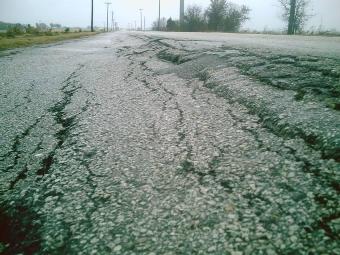 In 2014 voters approved $28 million in transportation projects and in 2015 gave an additional $9 million to fund Weiss Lane.

Update: Under design. Surveys are complete and the right-of-way notices are out for property acquisition. (September 2015)

Weiss Lane will undergo a reconstruction to the existing two-lane section and incorporate shoulders and turn lanes at major intersections. This project is via a cost-sharing safety project with Travis County bond funds ($6.73 million) previously approved by county voters to reconstruct the current roadway with turn lanes and drainage improvements.

Update: At the November 18, 2014, Council meeting, the city approved an inter-local agreement with Travis County to proceed on improvements to Weiss Lane. With the announcement of a fourth high school along Weiss Lane, the City Council put Weiss Lane back on the ballot in 2015. In the November 2015, bond election voters approved an additional $9.5 million to make Weiss a four-lane urban roadway. Weiss Lane will be four lanes from just north of the bridge by Pecan to Kelly Lane, adjacent to the future high school.

UpdateNovember 18, 2014, the City Council approved an inter-local agreement to proceed with Travis County on improvements to Rowe Lane. The preliminary survey is complete and plans are underway with environmental review. (October 2015) Expect construction in 2016.

Heatherwilde Boulevard from State Highway 45 south to Wilke Ridge Lane will widen into a four-lane urban roadway with utility and pedestrian improvements, a bridge replacement and an added hike and bike trail underpass. A traffic signal will be added at Kingston Lacy Boulevard and intersection improvements will align New Meister Lane where it intersects Heatherwilde Blvd to a 90-degree angle.

Update: Design is 95% complete and the city is finalizing property acquisition. Public meetings were held in the fall to discuss the beginning of the construction in January 2016. (December 2016)

Pfennig Lane will have a three-lane section that includes a two-way central left turn lane, curb and gutter and curve modifications.

Additional updates on these road projects are included on the Capital Improvement Projects page.