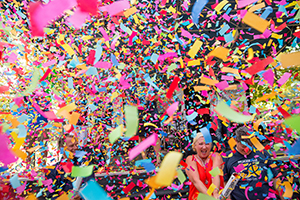 Complete with a historic proclamation, free birthday cake, a photo display, 1965 Era Car Show and live music from 1965 from The White Tree and the Ugly Beats.

How did Pflugerville become a city?

Henry Pfluger, a native son of Germany, bought a farm in Pflugerville back in 1853 about five miles east of present day Pflugerville. The town was named in honor of Henry Pfluger who was the first to settle in the area.

With 60 votes to incorporate and 40 votes against; on a Saturday, of July 24, 1965 - Pflugerville was incorporated as a city. Let's celebrate!